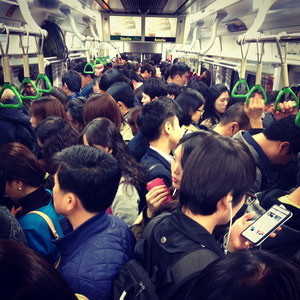 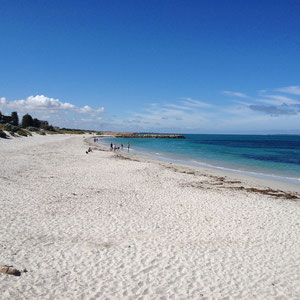 I really felt a bit sad to leave Korea and the craziness of Seoul. I was sad thinking of how I gonna miss the people and the culture which I just started to explore. The culture is still not very transparent to me but so appealing and fascinating. And of course the amazing nightlife of Seoul and all the Metal Dudes… I really fell in love with Korea and I’m fascinated by its development and its history. You can hardly imagine that this country was one of the poorest countries only some decades ago…

I’m excited to work on Korea's development experience for the next two years and its meaning for other countries in Africa. I’m really convinced that it is a country of which other countries can learn from.

But it’s important to note that it’s not only about learning from the success perspective but also from the bad side effects of this incredible rapid development.  It seems obvious to me that many African countries look to South Korea: It was a damn poor country fifty years ago – it suffered a brutal Japanese colonization and had one of the most destructive wars in the history of human mankind which lasts more or less until today (North Korea). And today South Korea made it to be the 13th biggest economic power worldwide. But also to mention is: It’s the country with the highest rate of suicide: It puts so much pressure on education, people are mad on education. The system is killing its own habitants with that education pressure. Two days before I left Korea there was the examination day of High School and I already heard of kids killing themselves just after the exams.

It’s also known as one of the unhappiest nations of the world.

But due to its history – many African and other developing countries can identify themselves with Korea as it has gone through the same experiences like them.  I hope I can make a little tiny contribution to this Korean-African dialogue with the work I’m doing – at least to shed lights on the dynamics on those emerging discourses. I’m excited! What may Korea deliver what other donor countries failed to do in over 60 years of development cooperation? Is there something different or not? – In one point I’m sure: It’s something else when Korea interacts with African countries as a donor country: There’s no connotation of Imperialism in these relations.

But always keep in mind: Is that what we understand under development? Is that the desired outcome of development? A suicide paranoid unhappy society ( to put it in a very extreme perspective) we should think about it...and learn from all those aspects..

What was most amazing for me is the life of Koreans between “traditional”  (whatever traditional means) and contemporary culture. You have this culture of respect surrounding you, you find those nice tea houses all around in traditional “Hanook” houses where you can experience such a great spirit and such a calm aura, you have all the temples and martial arts which seem so mystique. On the other side  you’ll find the fast moving drive of this mega city..

On my last day I went out with one professor that I made good friend with over the time and he took me to this small tea place and I was just so flashed by all the pottery details and the warmth of this place and its owner. I certainly fell in love with Korean pottery - Which is another interesting story: In the time of Japanese colonization Japan has stolen pottery art of Korea: They forced Korean artists to show them how to make pottery and then declared it as being Japanese art. Anyway I learned so much hanging out with elderly people imagining that they experienced all that different realities of Korea: From being colonized and not allowed to speak their own Korean language, building up the country like hardcore and facing the world of today. Especially my professor friend who 's actually one of Korea's leading economists (but a critical one ;)) taught me a lot. Amazing…Sometimes I got really emotional while talking with those elderly persons and I feel a deep respect for them.

One thing is sure: Korea is a damn hard working country. All the people I met they were very serious about their jobs and a work day from 9 in the morning till 1am in the morning is nothing special! I mean Germans are quiet famous for being disciplined but we’re definitely far away from that hardcore working mentality as you find it in Korea. For a relief Koreans drink a lot as well...

Anyway there are so many things I would like to tell now but just in all I really had a great time and I’ve learned so much!

Now I’m in Australia! Wow…amazing beaches…amazing LAZY mentality in comparison to Korea haha…and on top of all good being back into a natural environment…but I have to admit living in a real big city like Seoul also has good sides ;) !!!
I'm reflecting a lot on my time in Korea at the moment...It's such a different world in Australia now and it makes me think a lot...But more on this in another chapter...Rock on Korea and thanks to all for having me around and giving me a good time!